Taiwan’s biotech is gradually emerging. During the COVID-19 epidemic, we had a chance to see the advanced medical equipment and the effective preventive measures taken at the community level. The government took precautions, while private companies were introducing high-quality biotechnology products made in Taiwan. In the post-pandemic period, the world may become more sensitive to the need to strengthen prevention and improve medical treatment. The Taiwan Greenyn Group has been developing health foods for the global market for over 20 years. On Sept. 8, Greenyn Biotechnology, a member of the Greenyn Group, presented clinical results for Insumate®–Patented Peptide Sequence: mcIRBP-19. 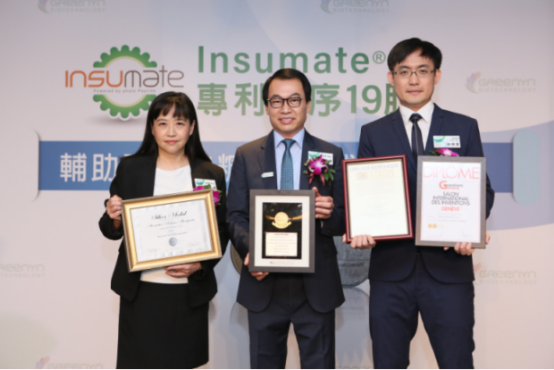 Mr. Wu Chia Feng, Chairman of Taiwan Greenyn Group, pointed out, “Greenyn Biotechnology was established in 2012 as a subsidiary of Taiwan Greenyn Corporation. The company has many experts in medical and food biotechnology. Greenyn Biotechnology has invested heavily in research and development over the years, and finally, their products are receiving international recognition. The main goal of the company is to improve the quality of life for all people through preventive medicine.”

Among chronic diseases, the health problems caused by diabetes are particularly pervasive, and growing at an alarming rate. According to data released by the International Diabetes Federation, 463 million people were living with diabetes at the end of 2019, with related medical expenses of US$760 billion. Each year, 4.2 million people die from diabetes and its complications. With insufficient action, these numbers will continue to spiral. China, Southeast Asia, and the Western Pacific Region account for 35% of all diabetics, one third of all confirmed cases. 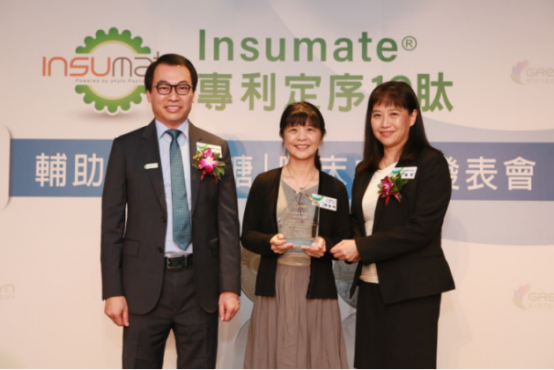 As the company was being established nearly10 years earlier, researchers were already conducting trials on animal and human cells, and discovering that mcIRBP-19 had the potential to regulate blood sugar. Greenyn Biotechnology partnered with Chung Shan Medical University Hospital to conduct clinical trials on diabeties and functional food therapies. Professional medical teams worked tirelessly to carry out these trials, which finally obtained double approval from the Institutional Review Board (IRB). Greenyn Biotechnology confirmed on a scientific basis that a highly active extract from bitter gourd correlated with human insulin receptors. Greenyn Biotechnology called the extract “Patented Peptide Sequence: mcIRBP-19”, and the brand, “Insumate®.”

Dr. Yang Yi-Tien of Chung Shan Medical University Hospital conducted the randomized double-blind clinical trial, which confirmed that Patented Peptide Sequence: mcIRBP-19 had outstanding results on diabetic patients who undertook adjuvant therapy. The trial was conducted on 29 diabetics who were long-term patients of hypoglycemic drugs of less effectiveness. Without breaking routine drug therapy, the diabetic trials were conducted for 3 months, concluding that fasting blood sugar and glycosylated hemoglobin in the therapy group were significantly reduced. Their liver function, kidney function, and hemoglobin remained unchanged. There were no side effects of hypoglycemia and allergic gastrointestinal discomfort, which usually occur to users of oral hypoglycemic drugs. As for the control group, there was no noticeable difference. The clinical results are being submitted to an International Journal. 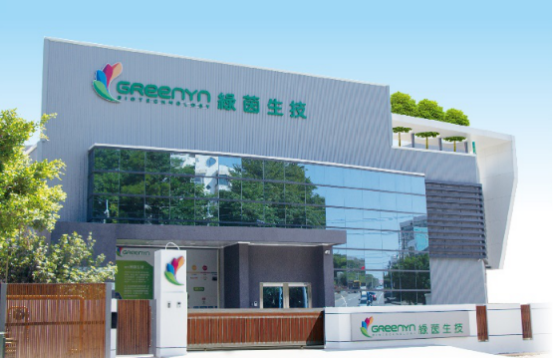 The unique structure of Patented Peptide Sequence: mcIRBP-19 allows for use as a pathogenic target. These results have been published in the Science Citation Index (SCI). Dr. Hsu Pang-kuei, chief of research and development at Greenyn Biotechnology, has been conducting research for more than a decade. “After many years, we discovered that mcIRBP-19 has a hypoglycemic effect on insulin-like biological activities and can bind insulin receptors. Without stimulating insulin secretion, mcIRBP-19 can participate in the body’s carbohydrate metabolism and regulate blood sugar. Besides insulin, mcIRBP-19 has been scientifically confirmed as a natural product able to bind insulin receptors to regulate blood sugar,” said Dr. Hsu. Yet another clinical trial reported that 142 diabetics who were long-term users for hypoglycemic drugs took mcIRBP-19 for 3 months, and their blood sugar indexes and glycosylated hemoglobin were well regulated. These results were published in the world-famous Journal of Nutrition. 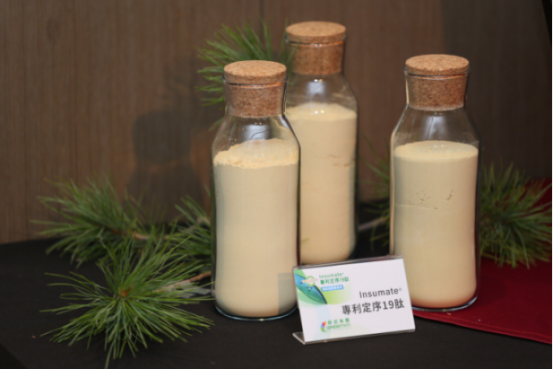 As Dr. Hsu pointed out, “There are many similar products on the market, called bitter melon peptide or peptide-related peptide. But under professional tests, they are only hydrolyzed water or bitter watermelon extract. They do not contain any ingredients able to regulate blood sugar as Insumate®: mcIRBP-19. The most important thing is that strictly selected ingredients must be certified and scientifically validated locally and internationally. Only after rigorous quality testing can the product achieve its medical purpose.”

Mr. Yang Lihua, Secretary General of the Taiwan Functional Food Industry Association, said, “The Taiwan Greenyn philosophy is to rigorously pursue innovative R&D in precision medicine. We define precision medicine as a combination of prevention, healthcare, and clinical testing. Even with the support of scientific testing, improving medicine into a method of prevention takes a long time. With incredible investment and perseverance, Taiwan Greenyn has become a model for various Taiwanese industries due to continuous innovation. They have improved Taiwanese medicine into precision medicine.”